Show Notes | Episode 58 | Net Neutrality Update and the Future of American Web Content | Episode Link URL - https://dominoresearch.com/podcast/net-neutrality-future-american-content | Most of our client base is located in America - small business owners, entrepreneurs and the like.  And with the latest changes to the FCC rules on net neutrality, there could be a lot of changes coming down the pipe. 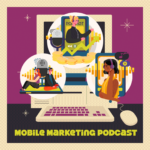 How will the latest net neutrality changes affect web content produced or hosted in America?

Most of our client base is located in America – small business owners, entrepreneurs and the like.  And with the latest changes to the FCC rules on net neutrality, there could be a lot of changes coming down the pipe.

Guess what?  None of these potential changes are very good for small businesses.   Some of the ways the ruling could be applied to web content hosted in America are downright ugly.

How do these changes potentially affect your business?

In this week’s podcast episode, we do a fairly detailed rundown of what might happen, how you might be affected and what your options, however limited, may end up being.

Little things like customer service via the internet or being able to advertise your products and services cheaply are incredibly important to small entrepreneurs, makers, small family businesses and others, and if content becomes restricted because you won’t, or can’t, pay extra in order for people to see your websites, then you could literally be out of business.

WTF?  This is just crazy talk.

As much as we hope it is just crazy talk, the history of the internet, and the past 8 or 9 years in particular, lead us to believe that this won’t be the case.

One perfect example that impacted us – in our MobileWalletMarketer.com business – was the ability of Verizon, T-Mobile and ATT to block Google Wallet from their users, even though those users had Android phones – remember Android, that little mobile OS that Google created and gave the world for free?

At the time, the three big mobile operators (Sprint was not part of their deal) had their own mobile wallet – the ill-named and ill-fated ISIS wallet – and they blocked users on their network from using alternative mobile wallets.  This was before the days of Apple Wallet and Apple Pay, but ATT also made Apple refuse to allow users to access Skype on their ATT issued iPhones, since the VoIP feature competed directly with mobile minutes used by their customers.

See how those little things actually impacted MILLIONS of mobile phone users?  We’ve got other examples for you in this episode of the podcast, so grab your cuppa and pop on your earphones!