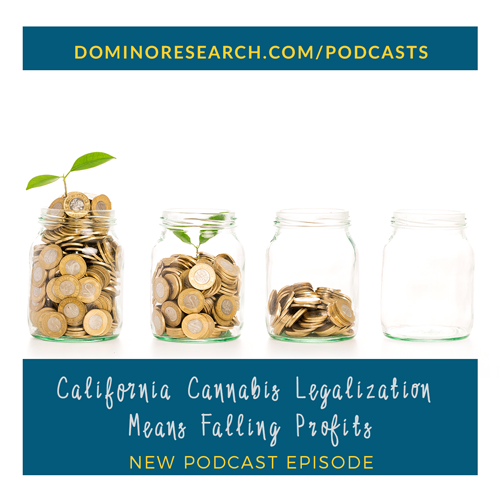 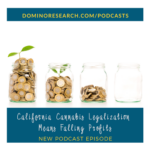 California legalization of adult use cannabis was supposed to be a good thing.

After all, the medical use market would be dwarfed by the recreational users, and licensed, legal cannabis industry businesses would see sales skyrocket and profits surge…  um yeah.  That was the billing on the voter initiative and a big reason that most existing licensed owners were in favor of the proposition and looking forward to California legalization.

But now, a year later, what’s really going on in the industry?  Have folks been sold a bill of goods, or is it actually a money making venture for the majority of licensees?  Great question, and one that we’re addressing in this week’s podcast episode.

What’s the story as we know it?

California continues to struggle with licensing issues, black market sales, less than stellar tax collections on the state level, and more importantly – falling profits for cannabis businesses.  Many licensees are in serious trouble, the licensing process is a joke in some parts of the state, and the issues with delivery are also becoming a serious question for everyone involved, as the lawsuits are flying.

California has 58 counties, and of those, only 31 counties actually license for cultivation, for instance. According to data from a couple of months ago, 90% of all cultivation licensing is occurring in just ten of those counties. Further, more than 50% of the total number of cultivation licenses issued are in three counties – Santa Barbara, Humboldt, and Mendocino.

And this is only the cultivation licensing numbers we’re even talking about. The entire system for obtaining licenses is quite out of whack. The requirements for getting local approval prior to being able to apply for an annual license from the state make it very difficult for many operators to figure out how to comply.  California legalization is a patchwork of crazy logic and doesn’t seem to be getting solved any time quick.

Compliant business owners can’t seem to get a leg up these days.

Testing, delivery, taxes, licensing, all these things are contributing to a system that’s encouraging more black and grey market product to make an appearance in the overall market, and it’s discouraging for business owners who have spent a ton of money and a lot of time getting their ducks in a row.  California legalization is going to have to become more user friendly or we’ll see the legitimate market taking a back seat to those who don’t care about paying taxes or licensing fees.

So grab your earbuds and your vape pen, and jump right into this weeks episode of the podcast – we’re talking California legalization and what it means for the average cannabis business owner!